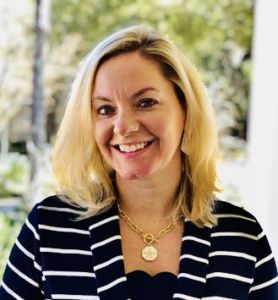 Sarah Verstraten practices in the firm’s Charleston office. She has over 10 years of experience representing insurance carriers and their insureds, self-insureds, third-party administrators, and government entities across a variety of industries. She has tried numerous cases before the South Carolina Workers’ Compensation Commission. Additionally, she has civil litigation experience representing construction companies and small businesses before the State and District Courts of South Carolina.

Sarah previously served as a Captain in the United States Air Force where she was awarded the Air Force Achievement and Commendation medals as well as named Dover AFB Personnel Manager of the Year. Sarah was named to Charleston Business Magazine’s Legal Elite in 2017 and practiced with another large insurance defense firm in the Charleston area before joining HPLP in 2020.

Sarah grew up in an Air Force family and spent most of her childhood overseas until her father retired in Charleston in 1993. She met her husband while visiting the Netherlands in 2001 and they now live with their two children and two boxer pups in Mount Pleasant where they enjoy boating, grilling out, and of course fun Lowcountry oyster roasts and shrimp boils!

#BACK TO ALL ATTORNEYS